Gardening memories of over 60 years 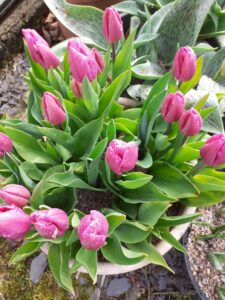 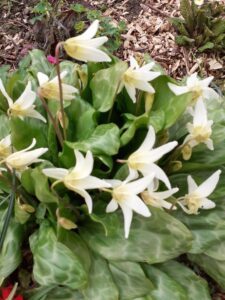 Gardening memories of over 60 years

My first attempt at gardening was when I was 7 years old. I sowed a packet of marigold seeds. They were easy to grow and appeared very quickly. Also lovely bright colours. My father was a keen gardener so I had a lot of help from him. We also had a friend in the family who was another keen gardener. When we went to visit I followed him around the garden asking endless questions.

When I was 11 years old my dad bought me my first cactus plant. I’m still collecting them many years later and the collection has grown.

When we first got married in 1980 we rented a house which had a small garden which could be knocked into shape in a couple of hours. Our first house that we bought was a semi in Belfast. The lawn kept getting smaller as I took over more areas for plants. Commented on by Jeffrey. It had a 2 lovely apple trees and a Victoria plum tree. Next move was escape to the country outside Dromara. This garden was an acre in size so gardening was on a much larger scale. Growing went on apace and we became much more ambitious. It was here I got my first greenhouse and that opened endless possibilities.

After 9 years in that house we were on the move again and this time to the countryside just outside Dromore. This garden is 3 acres. By now we had 3 greenhouses, planted lots of trees including a giant Sequoia. There was an Oak tree already in the garden which is over a 100 years old. I have 24 little oak seedlings grown from acorns from this tree. We have been heavily involved with Hillsborough Gardening Society for the past 36 years. We have opened the garden on different occasions for charity and for the Ulster Gardens Scheme.

Still lots of gardening going on. It just takes longer to do now. 9 trays of seeds coming up at the moment. After 64 years enthusiasm is still stron